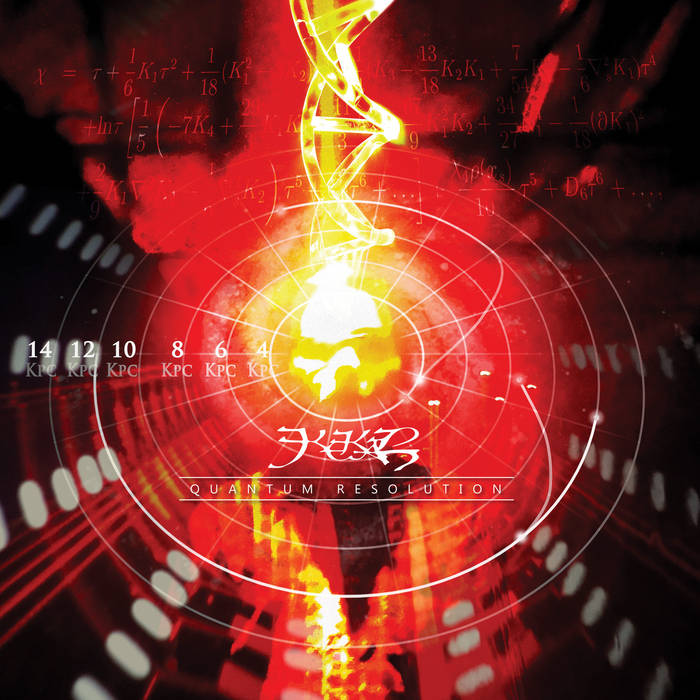 TheEliteExtremophile Kekal continue to demonstrate that they are one of the most distinctive voices in the extreme metal scene.

goobmang Incredible and diverse album. This may just be my favourite output by the band thus far! Favorite track: Testimony.

Album information and updates can be accessed from www.kekal.org/quantumresolution

NOTE: If for some reason you are unable to pay for this album, email kekalband@gmail.com and we'll send you free download code for it.

"All nature, all formations, all creatures exist in and with one another, and they will be resolved again into their own roots. For the nature of matter is resolved into the roots of its own nature alone."

"Quantum Resolution" is by-far the most important Kekal album from the lyrical perspective. It can be considered as a "concept album" (the second of such from Kekal, after 2007 album "The Habit of Fire"), with all the songs relate themselves to the main/central theme, one way or another.

Thematically, the album is based on the spiritual insight, or Gnosis: The revelation about knowing who we really are as a species and as Humanity and where we are going. The lyrics dig with our dark history from a distant past, and also dig into our present time and future as well: what is our role here on Earth, and how do we deal with all the deceptions that are so rampant and very structural encompassing every aspect of life, as we are closing the chapter of our present age.

The music follows every song's temperament and general mood led by the lyrics. Stylistically, the album follows Kekal's faithful tradition by utilizing avant-garde and alternative approach to various expressions of rock, metal and electronic music.

"Kekal are still confusing and disorienting, and, if I may, completely awesome."
— Metal Storm (8/10)

"(Kekal) has evolved into a variety of modern metal monsters that are completely impossible to describe with a single word of black metal."
— Marunouchi Muzik Magazine (10/10)

"One obvious benefit of having such a wide range in influence is that Kekal could never feels like an imitation of any band."
— The Progressive Aspect

"Quantum Resolution doesn't just create a discussion about musical styles, it goes further and manages to create different sensations and thoughts in each track."
— Headbangers News (9/10)

"A mosaic of flashy surfaces from pop through the avant-garde to metal... Kekal are masters of opposites and metal provocations."
— Echoes Zine

"This is very serious and mature music, which demands the total concentration..."
—Antichrist Metalzine

"It is great that Kekal dares to think outside the box, not too many bands do that."
— Hallowed

"This band is very unique in its weirdness, a perfect definition of their musical genre."
— Bathory Zine

"Kekal continue to demonstrate that they are one of the most distinctive voices in the extreme metal scene."
— The Elite Extremophile

As in 2020, Kekal has no official band members