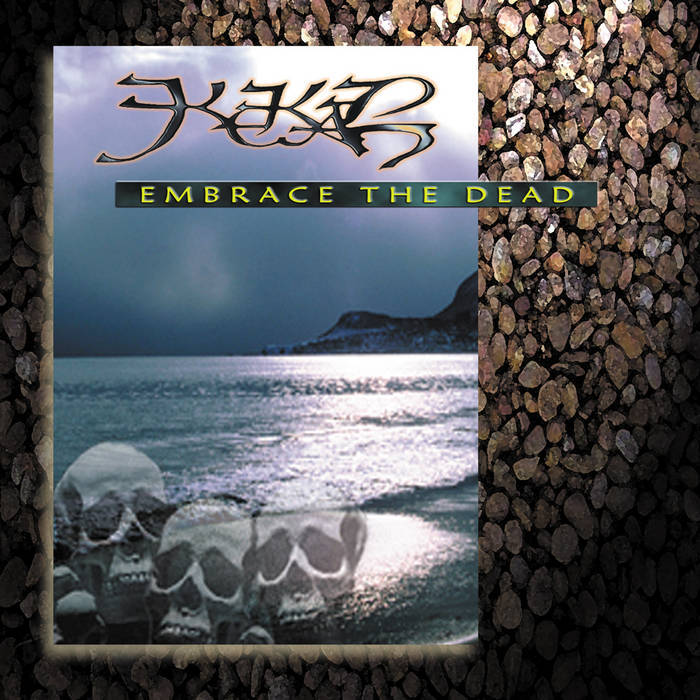 The album was originally released as cassette and CD formats back in 1999, and original versions (CD & tape formats) have been entirely sold-out since 2004.

Note: The album was first remastered in 2008, and in 2009 it was re-issued as "Embrace The Dead 1999" as a limited edition free-download to 1000 downloads only and was closed once again after it reached the number of downloads in less than a year. In May 2012 it was decided to make the album available again digitally, but it's no longer being offered for free. In 2017 the album was re-issued as a limited-edition CD by Hitam Kelam Records with all the songs got re-mastered again (for the 2nd time).

The band's 2nd full-length album "Embrace The Dead" has been marked as the band's most challenging and problematic album recording session, ranging from technical issues, financial difficulties, to many other things including the label rip-off and lack of promotion and distribution of the album. The band's 3rd album title "The Painful Experience" was actually referred to "Embrace The Dead".

Jeff recalled the recording session of "Embrace The Dead" (as appeared on liner-notes of 2003 best-of CD "Introduce Us to Immortality"):

"Our 2nd album "Embrace The Dead" is certainly a unique album of Kekal. Musically we put more melody into the music and wrote down more complex song structures. This is probably our first touch with the so-called "progressive metal elements" that came naturally to our approach of songwriting. The recording condition is actually the toughest of all Kekal's recording history. It was started with almost no budget, we entered the studio in February 1999, and right from the first hour there were problems with the 16-track analog tape recorder. It was working at unstable speed that resulted with constant changes to the tune and pitch of the recorded instruments. After hours of putting down guitar tracks and hearing the terrible results, almost frustrated, we gave up and quit recording that day, as the machine needed some rest. Due to the lack of steady budget, we couldn't even book the studio beforehand. We had to use the studio during off-time sessions between the other customers' booked days of recording sessions. Like when they already finished their recording sessions before their final reserved days, they would leave some time off, and that was the time we should enter the studio! Not only we had to be ready with all things, we made a total uncontrolled chaos in production and sound settings as well. You can figure out how many sound engineers we used, and we needed almost 7 months to complete the album, that's because we only used the studio no more than 6 hours per week!! Imagine that we needed to set the mixer and sound settings every time we entered the studio, and chased by time to record our tracks in few hours. We even left some small mistakes on the tape! If you ever came to us and asked which album we would like to re-record again, perhaps we would go with "Embrace The Dead", because it has such a very strong material but we never got any chance to record it properly. Although we will never be able to recapture the moments we had during recording this album. Some say that the tremendous variations in production quality is something that make this album a classic underground release."

.....and it turned out to be one of classic Kekal albums indeed.