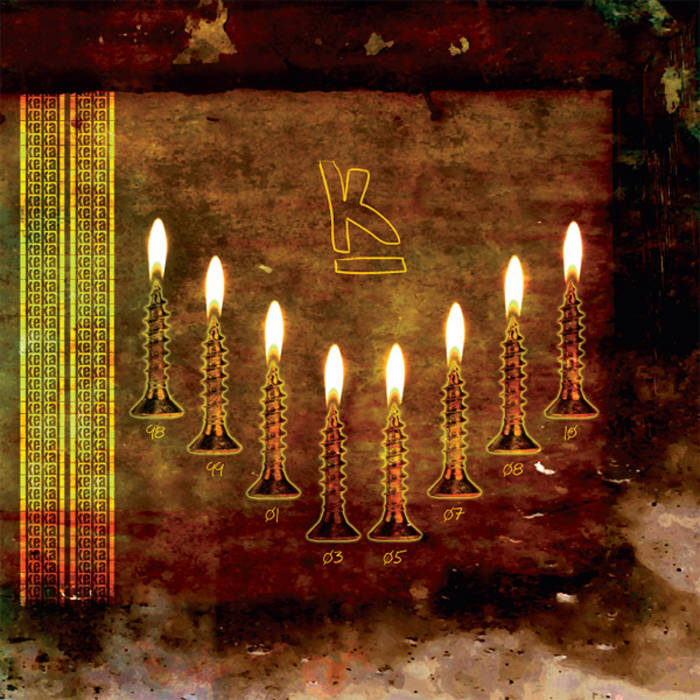 "8", the eight full-length album from Kekal is a collection of thoughts and emotions blended together into a unique yet bold statement. Each song displays its character as a balance between electronic and organic elements, rhythm and melody, aggression and atmosphere, simplicity and complexity, beauty and the beast.

By incorporating both traditional and non-traditional approaches to production and a wide range of musical instruments such as electric & acoustic guitars, drums, samples from field-recordings, theremin, analog synths, vocals, vocoder, TR-808, and even a 'controversial' vuvuzela sample, Kekal redefines the term 'experimental' in its true sense, but yet listeners will find the entire album accessible and digestible.

Kekal may also be the first band in the world who released a new studio album without any official band member. All original members left the band in 2009, but they continue to supply their artistic outputs such as music and artwork for Kekal (albeit not as official members).

All samplings and field-recordings were done at various places, both public and private, using a portable digital recorder. All vocals, guitars and other 'supposedly organic' musical instruments were performed and recorded by Jeff Arwadi, except "Departure Gate 8" and "Heartache Memorial" by Jeff Arwadi and Leo Setiawan.

Artwork and Illustrations by A. Levi Sianturi a.k.a Harshgriev. Digital layout by Jeff Arwadi.