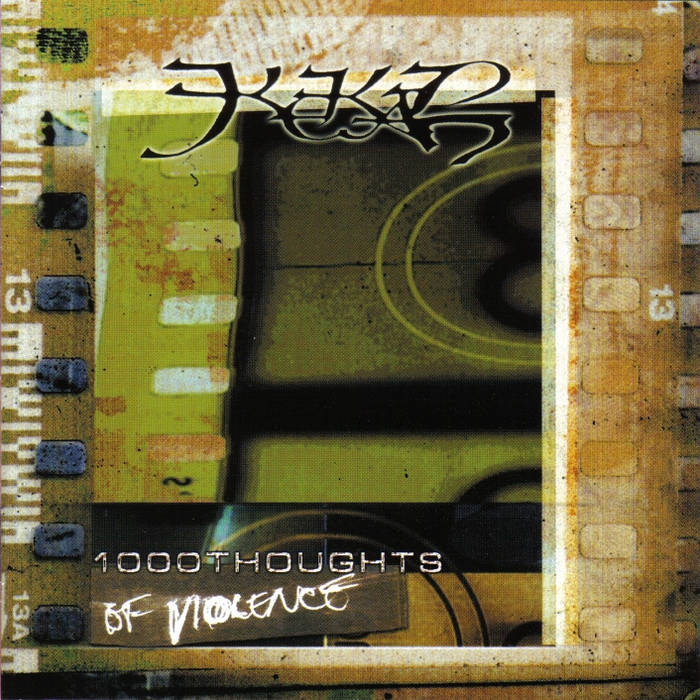 nicholasbellic An unsung progressive masterwork in every sense of the word. Blending aggression, atmosphere, majesty, and pure insanity into songs that are as catchy as they are epic, 1000 Thoughts of Violence makes its presence known and stamps it right into your ears. Favorite track: Artifacts Of Modern Insanity.

raser An intriguing mix of extreme metal and electronic music with excellent songwriting and heavy riffage. May take more than a few listens. Favorite track: Artifacts Of Modern Insanity.

"1000 Thoughts of Violence" was released in 2003 by Fear Dark (Holland), Undying Music (Indonesia), and Rock Express Records (Yugoslavia). In Indonesia, the album was distributed by Alfa Records from 2003 - 2004 that saw the band got a mainstream Indonesian record-stores distribution.

"1000 Thoughts of Violence" is by far the most violent, and one of the most technically progressive albums from Kekal so far. This album has got numerous praises and great reviews from metal media all around the world. Many of them gave almost maximum points.

"1000 Thoughts of Violence" is also Kekal's most selling album with almost 7000 physical units combined (not including digital downloads), and the band toured Europe following its successful release and reception of the album.